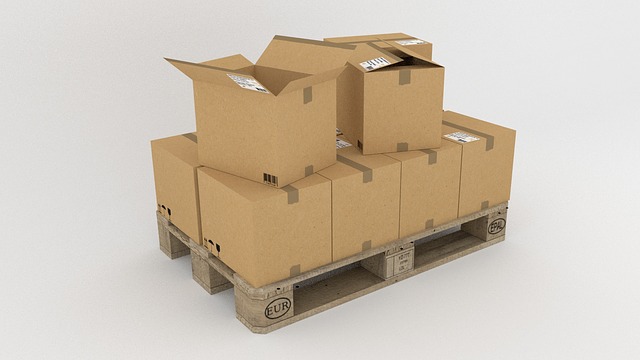 The ability to give customers real-time visibility into the status of their freight has become table stakes for landing business with larger shippers.

That was a key message from a panel discussion during the American Trucking Associations’ Management Conference and Exhibition in San Diego earlier this month.

“It is incredibly important, partly because of what we offer to our end customer,” said Jess Baumhoff, who handles strategic carrier partnerships and performance for e-commerce furniture giant Wayfair. “And we’re only able to meet those obligations if you can see where the freight’s moving. I think corporately we now demand there is that visibility.”

“Every Friday I do movie night and dinner with the two little humans that I own,” she said, sharing a story of ordering pizza from a small mom-and-pop pizza joint, getting pings at every step along the way, such as “Bailey is now prepping your dough,’ and, ‘Susan has put it in the oven,’ and, “Come get it now.”

“This is a small organization providing me that type of visibility,” she said. “Yet sometimes it feels like even though I’m dealing with a billion-dollar organization, when something leaves my facility it goes into a black abyss, which makes it very hard to keep that promise to our customers” for visibility into the status of their orders. “I am completely reliant on that repeat customer; that’s what allows us to grow.”

And it’s not just e-commerce.

Yone Dewberry, chief supply chain officer for Land O’ Lake, said the company may not have a lot of shipments direct to the customer like Wayfair does, but it has more than 100 business facilities with materials that come from hundreds of suppliers.

“For us, visibility has become table stakes,” Dewberry said. “We have facilities with less than a day’s worth of raw material inventory. Even though we’re not a big e-commerce player, it has become extremely important.”

At Walmart, explained Bob Welsh, senior director of transportation sourcing and procurement, “We have to be able to make snap decisions. It doesn’t matter if it’s e commerce or in our brick-and-mortar stores, information is key for us to make the right decision at the right time. If a truckload shipment of produce is coming in and we know it’s going to be late, that triggers a whole lot of things. We’ve taken a monumental amount of inventory out of our supply chain, so if there’s anything that happens en route, we have to have information faster and better than we ever have before.”

Another big issue is deliveries being on time – not only not being late, but also not being early. “The acronym front and center these days is OTIF,” said panel moderator Darren Hawkins, CEO of YRC Worldwide. “On time and in full has set new precision delivery standards.”

Walmart has gotten a lot of press on this, as Welsh admitted. In 2017, it announced it would fine suppliers for early or late deliveries.

“It’s the right product at the right place at the right time for our consumers, and that doesn’t matter whether that plays into our traditional store business, our Sam’s business, our e-commerce business, what have you,” Welsh explained. “We have to make sure the product is arriving when we want it. If it’s too early, that’s just as much of an issue; it could be backing up in the back room of a store or distribution center.

“When a customer goes to a store or orders online, they can be assured that product will be there. Running a more precise supply chain across the board allowed us to reduce the overall cost of the supply chain.”

Walmart’s supply chain changes have been driven by e-commerce, Welsh said. “It’s caused us to create what was probably a more bulky supply chain and turn it into something that’s got to be very nimble on a day in and day out basis. It’s not without challenges, obviously, but it’s made us better.”

For fleets, of course, there is the frustration that while they may be expected to deliver within a narrow window, there’s a big problem with drivers being forced to sit and wait to be loaded or unloaded at many facilities. In fact, driver detention for the first time made the American Transportation Research Institute’s Top Trucking Issues list this year, debuting at No. 4.

“Detention ties up our most valuable resources, a CDL qualified driver, plus the tractor and trailer are tied up,” said YRC’s Hawkins. “But if we bill the shipper [for detention], that becomes a negotiation, when all we want to do is free up those investments so they can be productive.”

Walmart’s Welsh agreed – after all, the company has its own private fleet so it’s aware of the issues on that side of the coin as well. “I think dwell is such a major issue. As a supply chain company we have to maximize the time our drivers have to actually be driving and take the friction out of the supply chain wherever we can. Looking at it from being a carrier and a shipper, to be a shipper of choice, you have to find ways to minimize paperwork, bureaucracy, to keep those drivers moving.”

Walmart, he said, uses internal tools to aggregate information from its carriers to identify which suppliers are causing carrier issues, then works with those suppliers and its own distribution centers and third-party operations it runs. We have a team that does nothing but monitor where we are from a dwell time perspective. We often will bring carriers to onsite meetings so they can share what happens when we can’t keep drivers moving.”

Wayfair’s Baumhoff also said her company does a lot of internal reporting to help discover bottlenecks. “One thing I will say where I think carriers can help in this is letting us know and communicating if drivers are going to be early or late, so it’s not a surprise when a carrier shows up. We can help before it escalates to detention or other issues.”

In many ways it comes back to the need for better visibility into the status of freight.

Dewberry said detention “is not a carrier issue, it’s not a shipper issue, it’s an industry-wide issue, and it’s one we have to work on together. And we don’t always work together well. We have to do a much better job of sharing information and come together to work on this dwell problem. Work with your partners on this — it’s a big deal for shippers, too.”

Walmart’s Welsh said when shippers are looking at carriers, beyond on-time service and being a safe transportation provider, “I think what makes a great carrier is the ability to partner and communicate. Getting beyond a transactional relationship, the value we can bring to each other’s networks. Having that open dialogues between ourselves and our carrier base, and it doesn’t matter if you are a very large carrier or a mid to small carrier…. Looking to how we make each other more efficient, make each other better, to me that’s the key.”