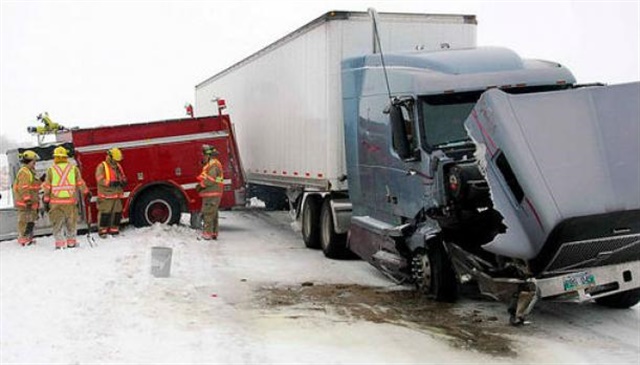 A coalition of 10 trucking-related stakeholders, including several lobbies for specialized carriers, is calling on the Federal Motor Carrier Safety Administration to conduct a rulemaking if the agency intends to change how it analyzes and publishes data on motor carrier crashes.

According to a June 19 press release issued by the nonprofit Alliance for Safe, Efficient and Competitive Truck Transportation, the petition was filed on June 14 by the Motor Carrier Regulatory Reform coalition, which includes ASECTT and other organizations that collectively represent more than 10,000 carriers, shippers, and brokers.

The MCRR coalition holds that “FMCSA officials have indicated that they plan to make permanent as a matter of enforcement policy its crash-preventability pilot program, which has been in place for nearly two years.”

The group points out that although, as of the end of this year’s first quarter, motor carriers had submitted nearly 11,000 requests for crash-preventability determinations under FMCSA’s “narrowly defined” program since August 2017, the program has not been subject to a formal rulemaking process.

The MCRR coalition’s petition argues that FMCSA must conduct a rulemaking “before adopting any permanent program to call balls and strikes on crashes.” More specifically, the group contends that “publication of preventability metrics would, among other things, constitute a violation of the Fixing America’s Surface Transportation (FAST) Act, the Administrative Procedure Act (APA), and federal executive orders intended to protect the industry against bureaucratic overreach in the name of guidance.”

A key problem for the coalition with FMCSA’s approach is that “the term ‘preventability’ is an artificial construct that does not equate to carrier fault, much less to a systemic violation of safety regulations.” By contrast, the MCRR coalition states that the publication of preventability data and metrics would result in increased insurance rates and lost business for carriers— even though FMCSA has acknowledged they are “fit to operate and, therefore, fit for shippers and brokers to use.  The subjectivity of the preventability standard and its lack of due process suggest that adopting the trial program as policy guidance would hurt the industry, especially small carriers,” the group summed up.

Back on July 12, 2016, based on recommendations made by the American Trucking Associations and other public comments submitted about an agency crash-causation study, FMCSA proposed that it would accept requests from carriers for data review (RDRs) on accident determinations via a demonstration program.

Following up on that, on August 1, 2017, the agency launched a demonstration program that it said would enable motor carriers to dispute the determination of certain truck crashes as “preventable.”

At the time, FMCSA said the program could lead to improved Compliance, Safety, Accountability scores for carriers– if the agency reclassifies the cause of crashes previously deemed preventable.

The press release on the petition notes that the MCRR coalition is an affiliation of organizations that “frequently weigh in with FMCSA and Congress to promote reasonable regulation and enforcement affecting motor carriers and their business partners.” Coalition membership varies slightly depending on a given issue. For purposes of the crash-preventability rulemaking petition, the coalition includes: