NACFE: Should Tractors and Trailers be Mated for Life? 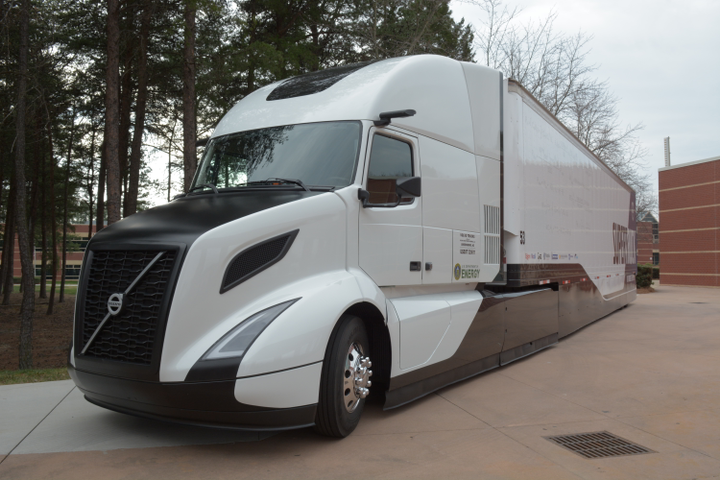 The Tenth Anniversary of the North American Council for Freight Efficiency continues to be a packed one. On July 30, the nonprofit trucking industry research and advocacy group for greener, more fuel efficient and profitable trucking operations released two new Confidence Reports. One is an update on idling practices and the other an assessment of the “intentional pairing” or mating of tractors and trailers.

According to NACFE Executive Director Mike Roeth, the concept of intentionally pairing tractors and trailers is an offshoot of the evaluation vehicle work done in the SuperTruck program. SuperTruck is a set of joint research projects by the Department of Energy working with OEMs to develop highly advanced Class 8 tractor-trailers. The goal is to help evaluate new design philosophies and components with an eye toward enhancing fuel economy in long-haul fleet operations while cutting emissions.

“In talking with SuperTruck engineers, we’d always hear speculation that fleets could be leaving a 3% to 7% boost in fuel economy on the table by not fine-tuning a tractor and a specific trailer to function together aerodynamically and mating the two together for life,” Roeth explained.

It turns out, however, that NACFE’s research indicates that is not the case.

Roeth said that while pairing tractors and trailers had some advantages in very specific niche trucking operations – weight-conscious beverage fleets, for example – in most fleet operations, any advantages gained in fuel economy simply weren’t worth the loss of flexibility that mating tractor-trailers would cause carriers.

“The advantages fleets gain today by keeping tractors running and using trailers in drop-and-hook applications showed us that intentional pairing is not practical,” Roeth said. “It may evolve to be an option in the future for select fleets running specific routes. But in the vast majority of trucking operations today, we just don’t see this happening.”

A new NACFE Confidence Report on Idling Practices was also covered by Roeth during a teleconference press briefing. Noting that this latest report is essentially an update on an idling report NACFE issued five years ago, Roeth said that the organization’s most recent findings, spearheaded by retired Cummins engineer Kevin Otto, found that the most dramatic shift in fleet idling has been a movement toward seeing driver comfort as the primary reason to adopt this technology.

“Five years ago, fleets were primarily interested in anti-idling technologies as a means of reducing the amount of diesel fuel they burned,” Roeth said. “Today, we find that a desire to help drivers be comfortable in ‘hotel’ situations is as important a factor as fuel savings.”

Roeth said that most of the anti-idling technology on the market, including auxiliary power units, start-stop engine technology and newer, rapidly improving solar panels and enhanced battery packs, have become more reliable. “But in the past five years, fleets have learned that drivers don’t like the noise and vibration associated with an idling truck. And as these technologies have improved, the expectations drivers have for comfortable, reliable and quiet hotel conditions have increased dramatically.”

He added the trend is a positive one as fleets burn millions of gallons of diesel fuel while idling. He said NACFE research found the average truck idles about 1,000 hours a year, a costly, noisy, dirty and inefficient practice that becoming outdated as new idle-reduction solutions have emerged. These include onboard diesel and battery units, engine start-stop systems, diesel heaters, and driver training and incentives to drastically lower idling.

The full NACFE report on intentionally paired tractors and trailer can be accessed here.

The full report on the latest fleet anti-idling technologies and practices can be found here.