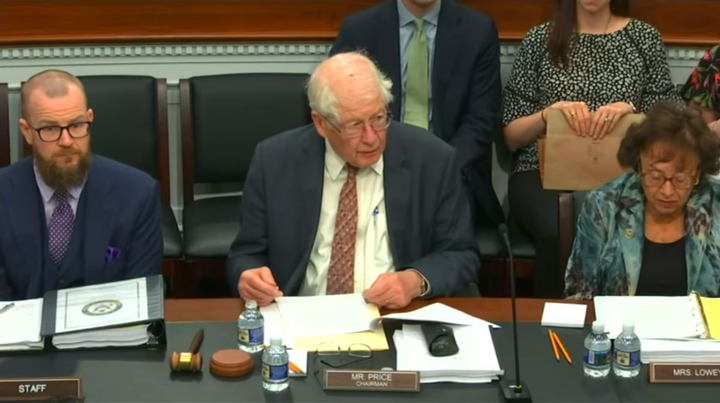 The legislation provides $137.1 billion in budgetary resources, an increase of $6 billion above the 2019 level and $17.3 billion above the White House’s budget request. The bill includes $75.8 billion in discretionary funding, an increase of $4.7 billion over the 2019 level and $17.3 billion over the president’s 2020 budget request.

“The Department of Transportation should prioritize safety, and this bill would equip the department to fund safety upgrades on our roads and rails as well as research to improve safety technologies,” said House Appropriations Committee Chairwoman Nita Lowey (D-NY) in a statement.

But appropriations bills do more than just decide which agency gets what amount of money. They also aim to require agencies such as the FMCSA to do or not do certain things as a condition of that funding.

For instance, the bill as proposed would prohibit the National Highway Traffic Safety Administration from finalizing a rule that would roll back fuel-economy standards and lead to increased greenhouse gas emissions from vehicles.

There were a number of trucking-specific provisions:

According to the draft, “No funds made available by this or any other Act may be obligated or expended under the authority in 49 U.S.C. 31141(c) to review and issue a decision on a petition to preempt State meal and rest break laws that may differ from those in 49 C.F.R. 395.”

Right before Christmas, the agency granted petitions to preempt California’s meal and rest break rules for truck drivers because they conflict with federal hours-of-service regulations.

Even as the FMCSA is on the cusp of proposing new revisions to the HOS rules, the THUD bill aims to stop the agency from dropping the 30-minute rest break provision.

“None of the funds made available in this Act may be used to promulgate or enforce a rule that eliminates the 30 minute rest break specified in part 395 23 of title 49, Code of Federal Regulations, as it was in operational effect on May 15, 2019.”

OOIDA opposes this provision, calling the 30-minute rest break rule “an overly burdensome requirement that does nothing to improve highway safety.”

The 30-minute rest break rule was among the areas the FMCSA asked the indsutry for comment about as it worked to revise the HOS rules.

The bill requires FMCSA to provide a public website information regarding analysis of violations developed under the agency’s Compliance, Safety, Accountability program, consistent with data that the agency made publicly available immediately before Dec. 4, 2015.

OOIDA said it has serious concerns about this provision. “Despite recent positive developments, the CSA program remains critically flawed and categorically unfair to truckers. Publicly posting an analysis of violations developed under CSA while the system is still being improved is extremely problematic. Rather than creating arbitrary timeframes for the availability of the data, Congress should focus its efforts on ensuring FMCSA is establishing a program that is fair, reliable, and actually based on safety.”

The appropriations bill says none of the funds can be used to “implement, administer, or enforce the requirements of section 31137 of title 49, United States Code, or any regulation issued by the Secretary pursuant to such section, with respect to the use of electronic logging devices by operators of commercial motor vehicles transporting livestock or insects.”

Currently, transporters of livestock and insects are not required to have an ELD, according to FMCSA, a statutory exemption that will remain in place “until further notice.” Presumably the authors of the bill don’t want the agency to suddenly change its mind about the exemption.

The bill also would require that rear underride guards be inspected annually, and it calls for the National Highway Traffic Safety Administration to working with experts and stakeholders “to facilitate the deployment and adoption of rear and side underride protection devices.”

This is just the first step in the process. The bill now goes to the House, which could make changes, and the Senate must take up the measure as well before it is passed and goes to the president for his signature.