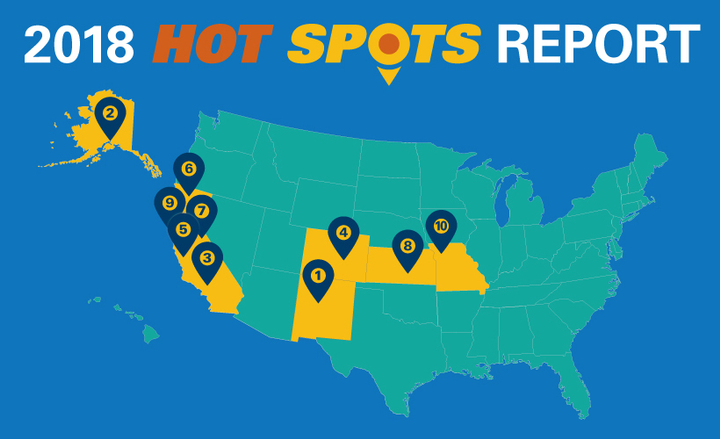 While vehicle thefts in the Albuquerque, New Mexico, metropolitan statistical area (MSA) have dropped 28% since 2016, the city continues to have the highest per capita rate of auto theft in the nation, according to the National Insurance Crime Bureau’s 2018 Hot Spots report.

MSAs are designated by the Office of Management and Budget and often include areas much larger than the cities for which they are named.

The NICB notes that as a population-based survey, an area with a much smaller population and a moderate number of thefts can have a higher theft rate than an area with a much more significant vehicle theft problem and a larger population to absorb it. Which is how St. Joseph, Missouri, with 674 thefts, places 10th on the Hot Spot list while Los Angeles with 53,928 thefts places 38th.

The majority of the MSAs that made the top ten list this year have been there in previous years as well. In fact, Wichita, Kansas, is the only newcomer to the top 10 MSAs for vehicle thefts in 2018, ranking eighth on the list with 3,547 thefts.

Nationally, things appear to be going in the right direction concerning auto theft. In the first half of 2018, the FBI reported a 33% decrease in vehicle thefts across the country.