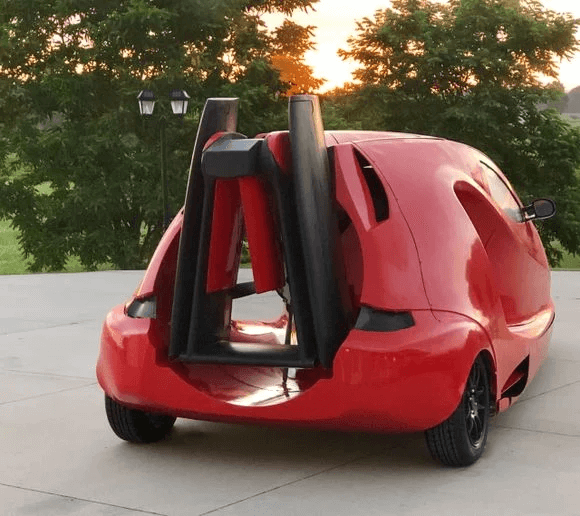 It was inevitable that a post on Fleet Forward would come with the title “Flying Cars.” That time has come.

On July 29, the state of New Hampshire passed what has been nicknamed the “Jetson Bill.” Within House Bill 1182, a massive transportation package, is a wording to provide “roadable aircraft” — often called flying cars — a clear method of state registration allowing their use on state roads and highways.

“Having two sets of rules (air and ground) for this category of vehicle would put a significant burden on manufacturers and make for a confusing integration of roadable aircraft into the highway system,” said Sam Bousfield, CEO of Samson Sky.

As aircraft are already required to have a rigorous annual inspection by an aircraft mechanic, the new law simplifies ground registration of flying cars once registered with the FAA. Drivers of roadable aircraft are required to adhere to the rules of the road while driving, the same as any other car, truck, bicycle, motorcycle, or farm vehicle.

Samson Sky makes the Switchblade, which the company dubs “a flying sports car.” The Switchblade is classified as a motorcycle by the U.S. Department of Transportation.

The Switchblade is not yet available to the public. According to Samson Sky’s website, it is expected to retail for $120,000.

A market for flying cars has been talked about for years — think the Popular Mechanics articles of the 1950s — yet hasn’t materialized.

According to a Wikipedia post, Terrafugia has been promising a publicly available model since 2015 but has yet to deliver. PAL-V, founded in 2001, expects first deliveries in 2021.

In an email exchange with Fleet Forward, Samson said that the Switchblade is just entering flight testing, with production to follow. The company has garnered 1,280 order reservations, which continues to grow.

“Due to our large demand, we are talking with investors to enable a faster start to production,” wrote Martha Hall Bousfield, assistant to CEO Sam Bousfield. “Even so, any assembly line would require more than a year to become established and enter into any meaningful production rate. As a result, we do not anticipate producing vehicles prior to 16 months after we fly.”